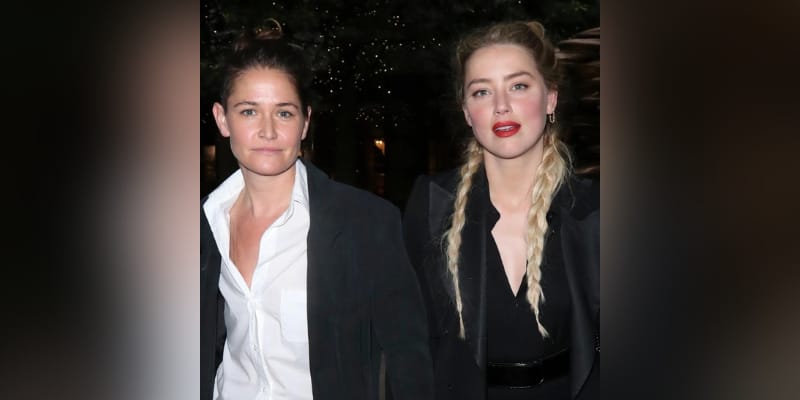 Bianca Butti is Los Angeles-based cinematographer. Bianca Butti, Amber Heard’s girlfriend, has been missing from the current defamation trial between the ‘Aquaman star and her ex-husband Johnny Depp.

In recent weeks, Heard, 35, and Depp, 58, have been immersed in a court war, with each day bringing fresh claims. The trial in Virginia will determine whether Heard’s 2018 op-ed, in which she claimed to have been a victim of domestic abuse and sexual violence, defamed Depp.

The ‘Pirates of the Caribbean’ actor denies assaulting Heard and is seeking at least $50 million in compensatory damages, a punitive award of at least $350,000, as well as attorneys’ fees and court expenses.

Who is Bianca Butti?

Butti, a Los Angeles-based cinematographer, is Heard’s last known girlfriend. According to rumors from December, they are no longer together. Butti and Heard are said to have been dating since January 2020 and have been together for almost two years.

In addition, she has worked in the film industry as a writer, set decorator, producer, and director. Butti holds a bachelor’s degree in film from San Francisco State University. Bianca worked in the entertainment industry in Los Angeles as a cinematographer.

She’s worked as a cinematographer on a number of feature films and episodes of the VH1 show Love & Hip-Hop. She also directed and co-wrote The Proprietor, a short film, and has appeared as an actor in Hank And Asha and Trunk: A Love Story. Butti also worked as a producer and executive producer on five films, including An American in Texas and The Uncanny.

Butti was Heard’s first significant relationship since her 2016 divorce from Depp. In 2018, the ‘Never Back Down’ actor dated Tesla CEO Elon Musk for a short time before splitting up. A year later, the actress was said to have dated filmmaker Andy Muschietti. Despite being spotted together on multiple occasions, Heard kept her relationship with Butti primarily under wraps.

When Heard posted footage on Instagram in 2020 with Butti chatting in the background, the two are alleged to have socially separated themselves.

On July 1, 2021, Amber gave birth to a baby girl called Oonagh Paige Heard through a surrogate, and the 35-year-old expressed her happiness in a flurry of tweets. Amber and Bianca have never had children together, as Amber chose to have a child before they started dating.

From 2015 until 2017, Amber was married to Johnny Depp. In 2019, she dated Argentine director Andy Muschietti for a short time. The art dealer Vito Schnabel began dating the actress in 2018, and they first made their romance public in July at the Wimbledon Championships in London. Amber dated Tasya Van Ree, a painter, and photographer, for four years between 2008 and 2012.

How old is Bianca Butti?

Bianca Butti was born in 1981 in Los Angeles, California, USA, and she is 41 years old.

How Rich is Bianca Butti?

The estimated Net Worth of Bianca Butti is between $500K to $1 Million USD.