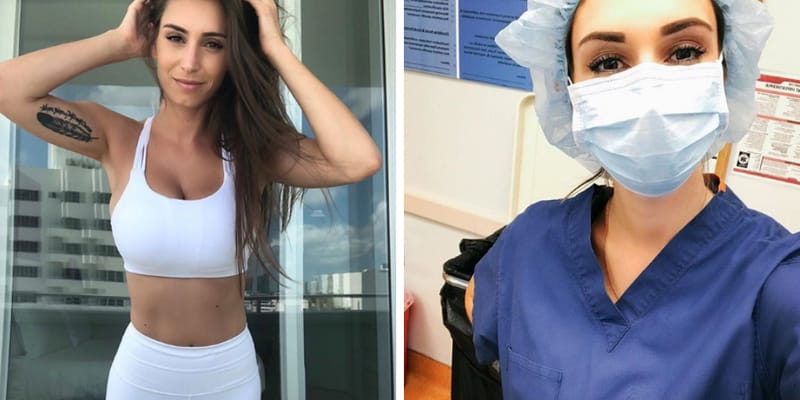 Astrid Loch was born on 23rd February 1990, in Germany. She is a Plastic Surgery Office Manager and an American Reality TV star. Recently, Astrid has decided to move with the Canadian Reality TV celebrity, Kevin Wendt to Canada.

Astrid Loch also posted about her shifting on Instagram by stating that, ‘This Summer I took a chance to quit my job and packed up my apartment…..6 months later, PODS storage box and I am getting shipped to Canada’. Her recent post has created a huge buzz in the social media. Astrid Loch Boyfriend Kevin Wendt and Astrid were in a relationship since 2017 and it seems that the two have understood each other very much and are also planning to get married.

Astrid Loch after completing her High School Education, she enrolled in the University of North Carolina and was graduated in Bachelors of Arts in Communication also with minor in Women’s studies and Gender studies.

Anton Loch is the father of Astrid Loch and her mother name is Marina Mogul. The Reality TV star also has a sister whose name is Ingrid and Dr. Mark Mogul is the stepfather of Astrid.

Even though Astrid Loch was eliminated in the fourth week, she had got good recognition from the show. Later this gave a new way for her opportunity to enter in ‘Bachelor in Paradise’ show in 2018.

Astrid is currently dating the Canadian reality Television star, Kevin Wendt and the couples are planning to get married within a couple of months. The bachelor winner Kevin loves his girlfriend Astrid so much and he seems to wish her to be his wife.

The two are said to be in a relationship since 2017 and the recent news of Astrid posting on her Instagram page about her move to Canada to live with Kevin has created a huge buzz.