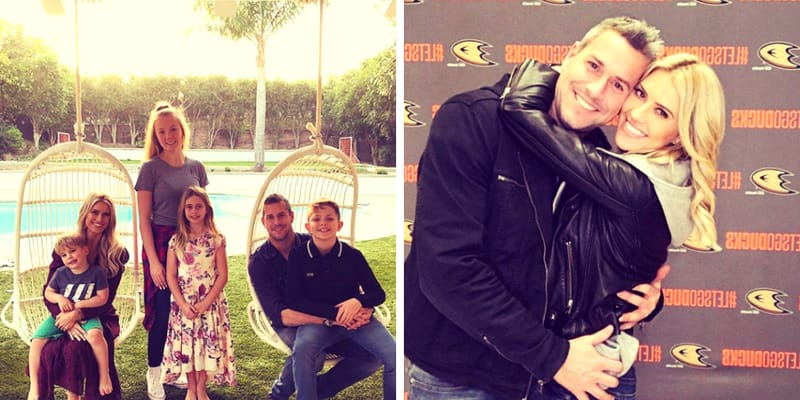 Ant Anstead aka Anthony Richard Anstead was born on March 1978 in Plymouth, Devon, England. He is an Artist, Designer, Television presenter, and Car Builder. On December 22, 2018, He married Christina El Moussa at Newport Beach, California.

Christina El Moussa is the star of “Flip or Flop” HGTV’s show, before Ant Anstead she married to Tarek El Moussa and got divorced in 2018 and this couple shares two children together named Braden (3 years) and Taylor (8 years). This couple married in 2009 and after 8 years they got divorced on 2018. Ant Anstead also previously married to Louise Anstead and shares children together named Archie (12 years) and Amelie (15 years). They married in 2005 and after 12 years of happy life they called of their relation and got divorced in 2017.

Ant Anstead is known as the host for “Wheeler Dealers” car series show and also hosted For the Love of Cars in 2017.

Ant Anstead started his career has Police constable at Hertfordshire Constabulary police force in 1999. Later, for some time he was stationed at Bishop’s Stortford and then moved to Cheshunt police station. Furthermore, he was the United Kingdom’s youngest armed officer ever.

Later, he focused more on restoring an old car and resigned from the police in 2005. Apart from this, he was also a Professional football player for 15 years. He began has a Goal Keeper and later moved has a striker and his stats are Played 700 matches at Conference and Ryman Level and only player to win Ryman League promotion.

How old is Ant Anstead? was born on March 1978 in Plymouth, Devon, England and he is 40 years old as of 2018. There is not much information about his family, he did his schooling from Richard Hale School.

Ant Anstead and Christina El Moussa started dating in 2017, after a year of dating they got married at their home in California. Furthermore, only 70 guests were invited to the wedding and it was surprising for his fans and later they announced on social media.

In 2014, he hosted with British actor Philip Glenister for Channel. Later, he produced his own named The World’s Most Expensive Cars. Furthermore, a year later he hosted alongside with Kate Humble and James May for BBC Two’s Live show Building Cars Live.