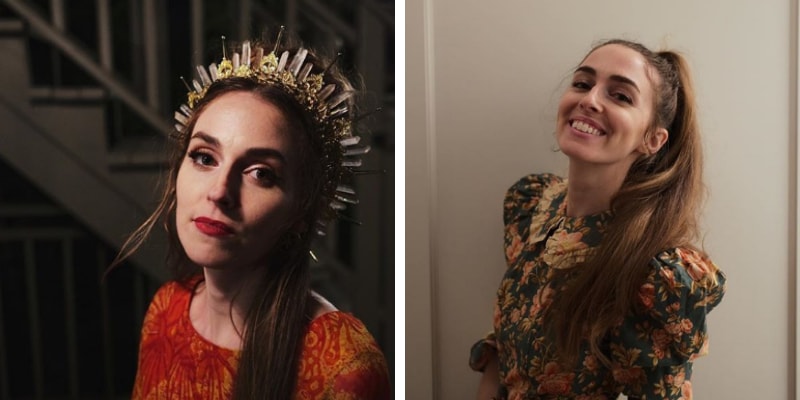 Annamarie Tendler is an American Makeup artist, Blogger, TV Host, and Social Media personality, popularly known for her work with the blog ‘The Daily Face’. She is married to the famous American stand-up comedian, actor, John Edmund Mulaney. Recently, the hairstylist got John and Pete Davidson Special SNL Gifts in which she has her face printed on matching shirts.

On March 2, 2019, Mulaney brought his comedy to Saturday Night Live and while the night was full of hilarious skits, I noticed that there was some special tribute as he closed out the episode. He was wearing a t-shirt with an image of a woman, who is none other than his wife, Tendler. Moreover, John Edmund’s wife also made a matching shirt for SNL cast member, Pete Davidson. 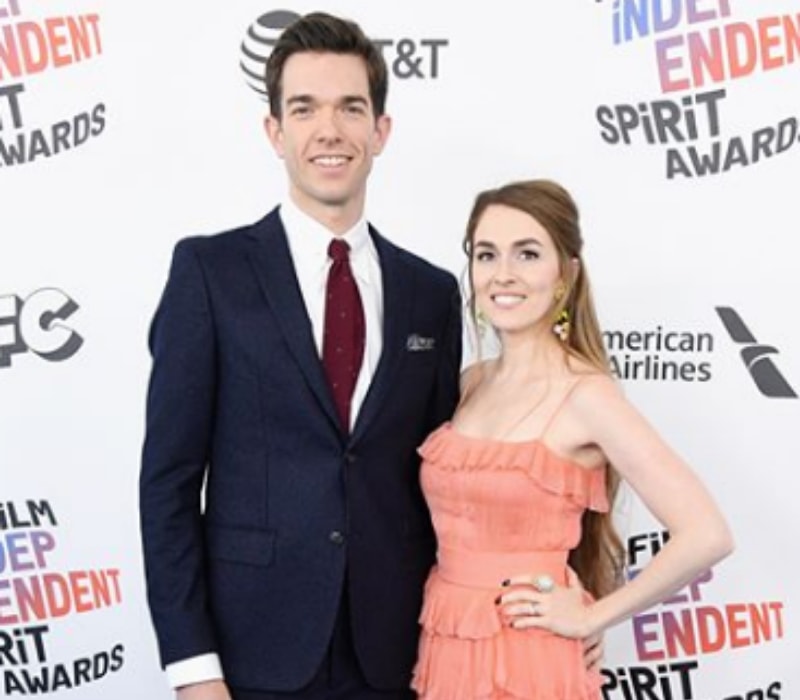 Initially, John Mulaney’s wife worked as a hairstylist and makeup artist in New York City. Later, she started ‘The Daily Face’ on Tumblr in 2007 and thought it she began getting more recognition and face. Eventually, she got the opportunity to work with MTV style and Glamour. She also makes hairstyling and makeup tutorials and it was also featured on top magazines including HelloGiggle, Glamour and Daily Candy.

Furthermore, Blogger owns a ‘Silk Parlor’ Business that makes hand-crafted Victorian-style lampshades. In addition to being a hairstylist, she also made her appearance and hosted various Television shows including ‘The Other Side’, ‘The Old Man and the Seymour’, ‘John Mulaney’, ‘CollegeHumor Originals’ and Dangerously Delicious and John Mulaney: The Comeback kid. In 2014, she published her first book titled ‘The Daily Face: 25 Makeup Looks for Day, Night, and Everything In Between!’ and ‘Pin It!: 20 Fabulous Bobby Pin Hairstyles’ published in 2017.

The 33-year-old makeup artist is married to John Edmund Mulaney, an American Stand-up comedian, producer, and actor in 2014. Currently, the couple is living happily in New York. Annamarie had complained in 2017 that she was groped at a party by Ben Affleck three years before.

Annamarie Tendler was born on June 9, 1985, in Connecticut, United States of America. She belongs to White Caucasian ethnicity and has a brother named Jesse Ryan Tendler. The ‘Daily Face’ star enrolled in hairstyling and make-up school since she was passionate about it. She completed her graduation from Parsons School of Design and studied photography. Moreover, she has received a degree in writing and psychology from The New School in Manhattan.