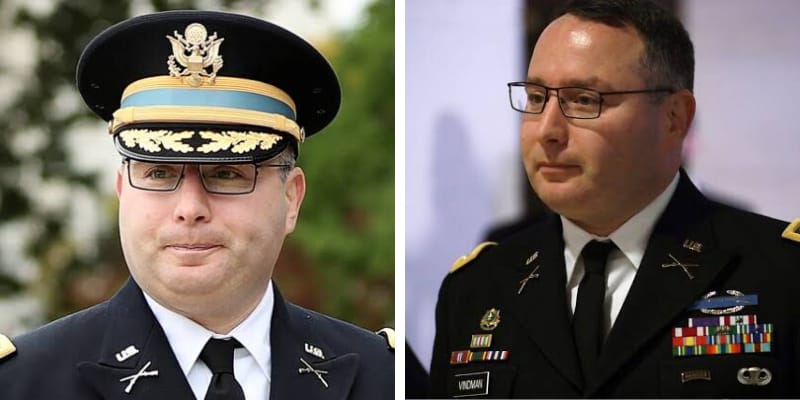 Alexander Vindman was born in 1975 and from Ukrainian SSR, Soviet Union. He is a U.S. Army officer and the Director of European Affairs for the National Security Council. Recently, he was awarded a Purple Heart for his service in Iraq, after he was injured from an IED attack during his deployment.

He served two decades in the U.S army and 2008 he was promoted to the rank of Major and on September 8, 2015, was promoted to lieutenant colonel. Later, he worked as an infantry officer for just under ten years, before being promoted to a foreign area officer in 2008. 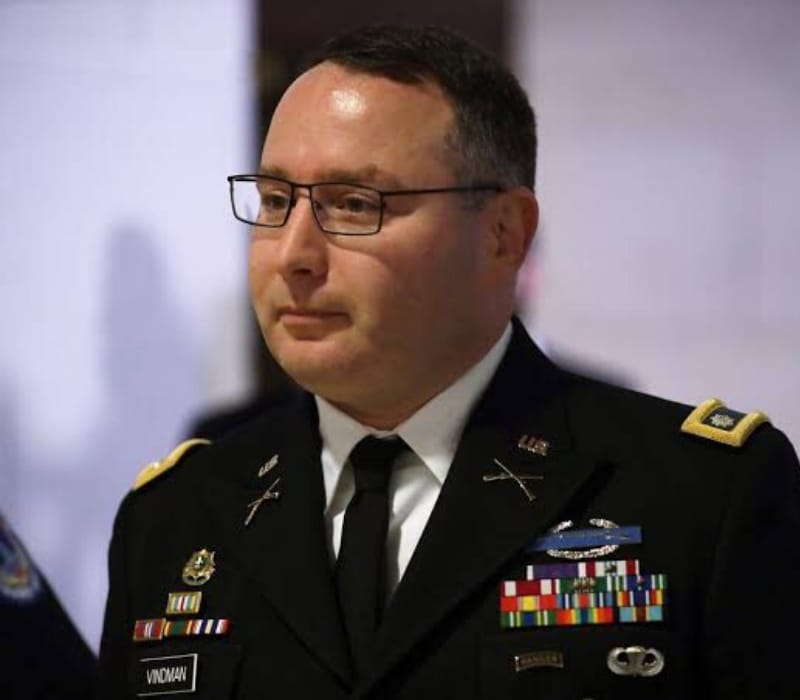 He is still serving as a foreign area officer and till now he has served for the U.S. Army for just shy of 21 years. Earlier, in 2008 he became a Foreign Area Officer specializing in Eurasia and in July 2018, Vindman accepted an assignment with the National Security Council.

He was awarded a Purple Heart after being injured in an IED attack while he served in Iraq. However, he has been subpoenaed to testify before Congressional investigators on October 29, 2019, regarding his possible knowledge of a July 25, 2019 telephone call between Zelensky and President Donald Trump.

Vindman addresses this request by Trump in his opening statement. He says, “I was concerned by the call. I did not think it was proper to demand that a foreign government investigate a U.S. citizen, and I was worried about the implications for the U .S. government’ s support of Ukraine. realized that if Ukraine pursued an investigation into the Bidens and Burisma, it would likely be interpreted as a partisan play which would undoubtedly result in Ukraine losing the bipartisan support it has thus far maintained. This would all undermine U.S. national security.”

Monday evening, the opening statement from Lieutenant Colonel Alexander Vindman was released to the press, ahead of his appearance before House investigators today. In another age, Vindman’s statement would be called a smoking gun, though by this stage the facts are clear enough that it adds little to the established record.

Vindman wrote that he heard Ambassador Gordon Sondland, Trump’s European Union envoy, demand that Ukrainians investigate Joe Biden’s family and that he told Sondland this was inappropriate. Moreover, he was listening to Trump’s July 25 call with Ukrainian President Volodymyr Zelensky and was disturbed by Trump’s requests. According to TheAtlantic.com

In 1979, his parents arrived in New York City and his father worked did several odd jobs. However, he lost his mother back in Ukraine before moving to the USA. Alexander has twin brother Eugene Vindman and Leonid Simon Vindman.

Alexander is married to his wife named Rachel Vindman on May 18, 2006, at Oklahoma City, Oklahoma. Where Rachel is the daughter of a high school football coach from Oklahoma. However, there is not much information about his kids.