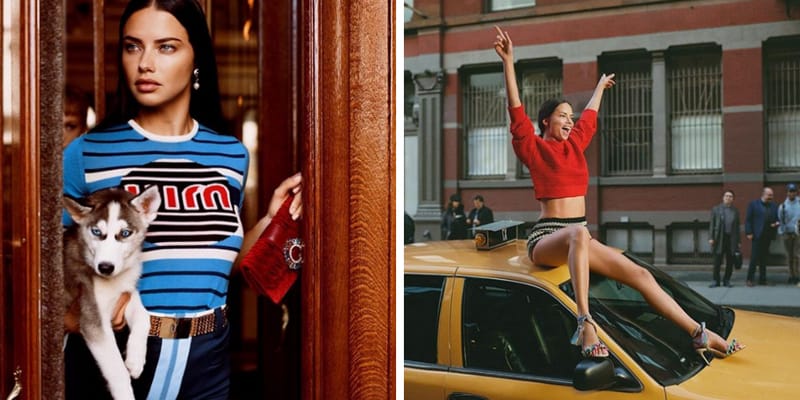 Adriana Lima is a popular Brazilian Model and also an actress who is known as Victoria’s Secret Model. Adriana birth date is on June 12, 1981, in Salvador, Bahia, Brazil.

She has been the talk of the town in the recent days as she had taken part in Victoria’s Secret fashion show 2018 and walked the runway. She wore ornate lingerie ensembles along with other models such as Leomie Anderson, Kendall Jenner. She has been modeled for the Lingerie Company since 1999, and it has been said that this will be the last appearance of Adriana Lima Victoria’s Secret. Adriana spent her childhood days in the Brazilian capital, and her parents are Maria das Graças Lima and Nelson Torres. Her parents were divorced when Adriana was just 6 months old. But her mother took care of her by doing social service. She bought up her daughter with much difficulty, but her love towards her did not reduce. There is not much information known about her educational background and will be updated shortly.

Lima is said to have been recognized as the most beautiful women at 13 years and this prompted her to attend beauty pageant. She also won the title of The most beautiful women in Salvador at the age of 13 years. Later after two years she participated in the Supermodel of Brazil contest and secured 2nd place.

Gradually she got an opportunity to sign a contract with American Agency when she was 17- year old and she moved to New York. After moving to New York faced some English language difficulty, but in spite of it, she appeared in some of the popular magazines and in Photo-shoots. In 2001, Victoria’s Secret swimwear and underwear fashion show she got the real breakthrough as she became the ambassador.

In 2008, Adriana became the world’s sexiest women.  In 2010 and 2014, she had advertised expensive underwear and earned more than $ 9 million. As an actress, she has also acted in the series of Crazy ones where Robin Williams played the lead role.

Adriana was dating Serbian basketball player, Marko Jarić and later they decided to get married. The couples have two daughters Valentine and Sienna Lima-Jaric. After 3 years of her marriage, she got separated from her husband due to some personal reasons. From past few years, he has been rumors that she is in a relationship with someone, but she has not made any statement about it till now.

The estimated net worth of Adriana us around $ 70 million USD.