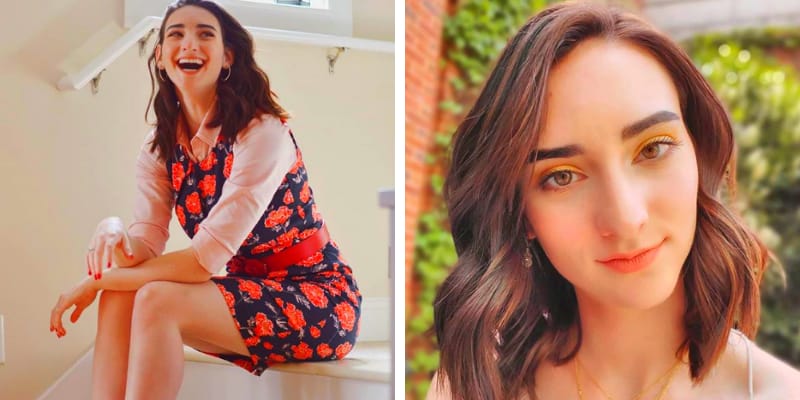 Abigail Shapiro is an Opera singer Youtuber and Instagram Influencer. She is the best know for the sister of Ben Shapiro who is an American conservative political commentator, media host, and attorney.

Furthermore, Ben became the youngest nationally syndicated columnist in the United States at the age of 17 and founder and editor-in-chief of The Daily Wire. Recently, Cardi B mocked him after he recited and condemned the explicit lyrics to her latest single ‘WAP’.

Ben said “This is what feminists fought for,” and “This is what the feminist movement was all about. It’s not really about women being treated as independent, full rounded human beings. It’s about a wet-ass p-word. And if you say anything different you’re a misogynist.”

However, Abigail Shapiro has been subjected to online antisemitic trolling due to her brother’s high public profile.

When one user asked her about “What’s your relationship like with your brother?,” Abigail replied, “It’s awesome we’re 10 years apart so he’s 10 years older than I am but we are close and we talk pretty frequently and yeah, he’s my brother I love him.”

She is an opera singer and Youtuber who has 53.6K subscribers, she uploads video about her life, faith and talking about being part of the conservative party.

On March 4, 2019, she uploaded a video titled “SINGING THE NATIONAL ANTHEM!, CLASSICALLY ABBY,” many people have disliked the video.

In the recent video, Abigal criticized Taylor Swift and claimed that she used to a fan Taylor Swift before she became an ‘SJW’ which stands for ‘social justice warrior’.

Furthermore, she runs a blog Classicallyabby and its an open space for conservative women to discuss their views without judgment or fear of repercussion. According to her website, Abugali describer herself as, I’m a trained opera singer (with three degrees in operatic performance), a lover of all things fashion, a self-taught makeup artist, and a wife to a wonderful husband.

Her beauty and fashion inspirations are Audrey Hepburn and Royals Kate Middleton. Then, she likes to watch Jessica Braun (Youtuber) and Kathleen lights.

She is the daughter of David Shapiro (Father) was a composer and mother worked as an executive of a TV company.

On May 4th, 2019 she wrote about her first marriage anniversary, “Jacob and I are just a few weeks away from our first anniversary! I can’t believe how the time has flown. My mother used to say to me that time moves faster when you’re married, and even faster when you have children. I can say from experience, she’s right about the first. Now I think she must be right about the second.”

Estimated Net Worth of her is under review. She stands 5 feet 7 inches tall and weighs around 54KG.