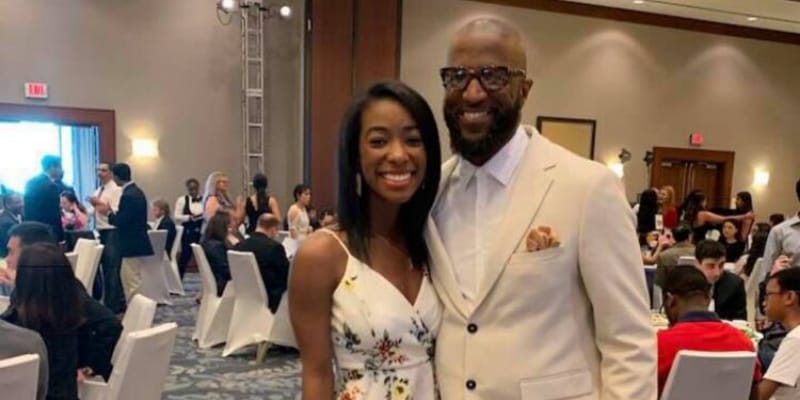 Aaryn Smiley aka Broderick Dornell is the Daughter of Rickey Smiley who is an American stand-up comedian, television host, actor, and radio personality, known for his prank phone calls.

According to the latest report, Aaryn was three times in Houston and Rickey confirmed this news on his Youtube video which was uploaded on July 6th, the video was titled “Thank God for protecting my daughter.”

Aaryn is the youngest child of Rickey and during the show “Rickey Smiley Morning Show” he said that he could not get to his daughter because he had to fly to Dallas and then drive to Houston due to a limited number of flights being available. Then, Rickey wrote on Facebook that his daughter Aaryn was still in surgery.

Later, in the show, he mentioned that his daughter was shot twice “My youngest daughter was shot last night,” he said during the interview, which was posted on the Rickey Smiley Morning Show YouTube channel on Monday. “I’m just so angry right now.”

From police report, this incident occurred in the feeder road of Highway 288 near Holcombe. In the series of Tweet, he wrote “Thank you to everyone who’s keeping my daughter @AarynSmiley lifted in prayer, and to everyone who has sent well wishes her way.”

Along with Aaryn more, two people were injured in this shooting and all are admitted to the hospital, but there are out of danger.

Rickey Smiley Was Emotional on The Video.

He was very sad about what happened to his daughter and in the video, he said “All the stuff these people trying to do to fight for the rights of Black people. This is no discredit to Black Lives Matter because I believe that and I’m with that movement 110% and one has nothing to do with the other, but there are some criminals in our community that someone needs to do something about.”

Later, he added “I’m okay with my daughter. She’s gonna be fine. … I get the luxury of going to the hospital even if they don’t let me upstairs to see her … I get to wait in the lobby until the doctor comes down and I get to text and talk to my daughter … but just think about all the parents … that got to go pick out a casket this morning.”

Aaryn Smiley is a student at Baylor University in Texas and is due to graduate in 2023. Furthermore, she is also a Cheerleader and her father said in a February 2020 tweet that his daughter was a straight-A student at Baylor.

In addition, she was featured in one of her father’s viral videos in August 2018 when he showed her the high school that he graduated from in Birmingham, Alabama. In 2015, her family regularly appears together in the TV One reality series Rickey Smiley for Real.

How Old is Aaryn Smiley? She is 19 years old as of 2020. Rickey Smiley has five children in total, sons Brandon, Malik, and Craig as well as daughters D’Essence and Aaryn.