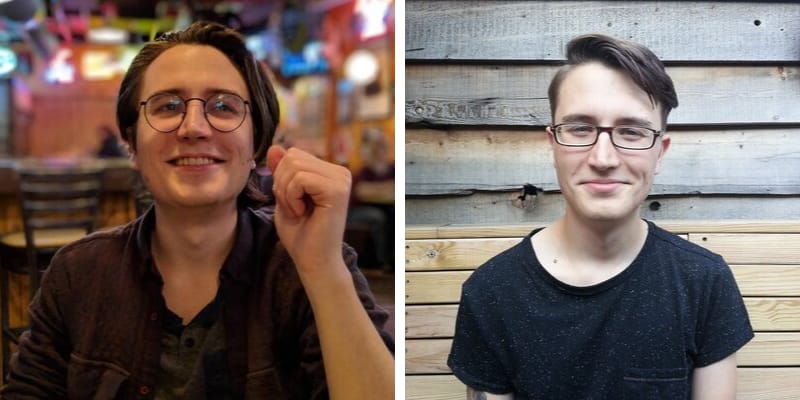 Aaron Calvin is a writer, journalist, and editor for Des Moines Register. Curently, he is under the wrath for digging into King’s past and raining on the donation parade and some Twitter users were angry with Calvin after he tweeted N-Word among Other offensive things on Twitter.

Who is Carson King?

Carson King is 24 years old and he became a TV sensation last weekend after he held up a sign at a football game asking people to donate money to him. He requested that they donate the funds through Venmo so he could buy his “supply” of Busch Light.

Later, he went on to raise more than $1 million and donated the money to the University of Iowa’s Stead Children’s Hospital. Busch Light and Venmo pledged to match King’s fundraising efforts. Carson plan worked better than he could have ever imagined. Within 30 minutes his Venmo account reached $400.

Upon hearing this, Busch Beer got involved and said they would donate a year worth of beer to King. Not only that, but they put his face on the side of the cans. “Hey @CarsonKing2, we said we’d send you a year’s worth of Busch Light, but first we had to make sure the cans were fit for a King.” the Busch Beer account tweeted, “Let us know where to send the truck. #IowaLegend pic.twitter.com/czGBuXRE92”

In the meantime, Des Moines Register reporter Aaron Calvin found some offensive tweets King posted when he was 16. The tweets reportedly compared black mothers to gorillas and made light of the Holocaust. According to King, he and his friends were quoting the TV show Tosh.0.

After digging up the old tweets of Carson Busch Beer pulled their offer of free beer for a year following the incident. Later, some twitter user began background check on Aaron Calvin and they found several insensitive tweets of his own.

In now-deleted tweets from 2010-2013, Calvin repeatedly used the N-word, and wrote posts attacking law enforcement like “f— all cops,” and in reaction to the legalization of gay marriage said he’s “totally going to marry a horse.” Before locking his Twitter account, Calvin issued an apology for his tweets.

“Hey just wanted to say that I have deleted previous tweets that have been inappropriate or insensitive. I apologize for not holding myself to the same standards as the Register holds others,” Calvin wrote.

Aaron Calvin has been a journalist and reporter for the past 5 years since graduating from Hofstra University in 2013. Calvin started his career as a Staff Writer/ Social Media Coordinator for Buzzfeed. His portfolio for them includes articles such as “This Comic Perfectly Explains What White Privilege Is” and “Which “Friday Night Lights” Character Are You?”

He interviewed authors Claire Vaye Watkins and Padgett Powell for Vice and has also been published by Men’s Journal, Digg, and Catapult. According to his LinkedIn profile, he became a reporter for the paper in February 2019, less than 7 months ago.

In his time as a reporter, he’s covered a variety of subjects including breaking news, food, sports, and crime.

In the wake of this Incident, The Register later replied to their tweet and said were “aware of reports of inappropriate social media posts by one of our staffers, and an investigation has begun.”

The Register is aware of reports of inappropriate social media posts by one of our staffers, and an investigation has begun.

How old is Aaron Calvin? curently, we don’t much information about his date of birth. He completed his School education from Waukee Senior High School in 2010 and curently, lives in Des Moines, Iowa.